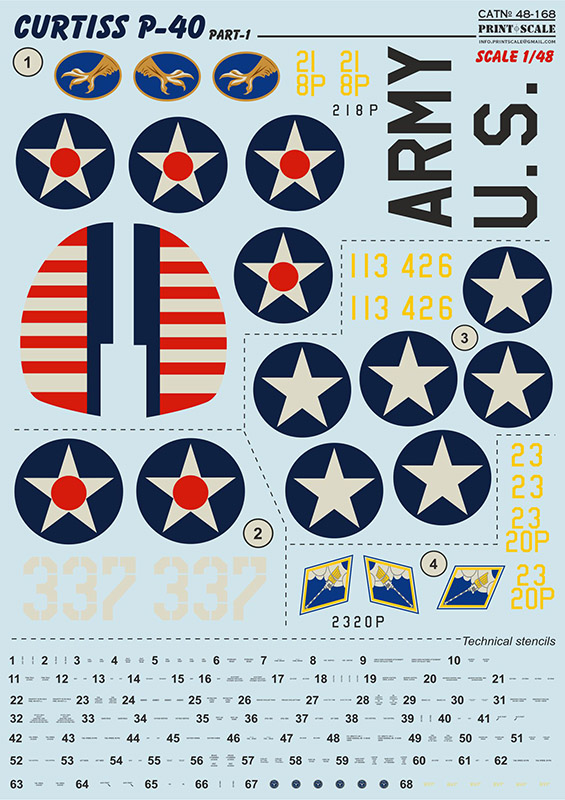 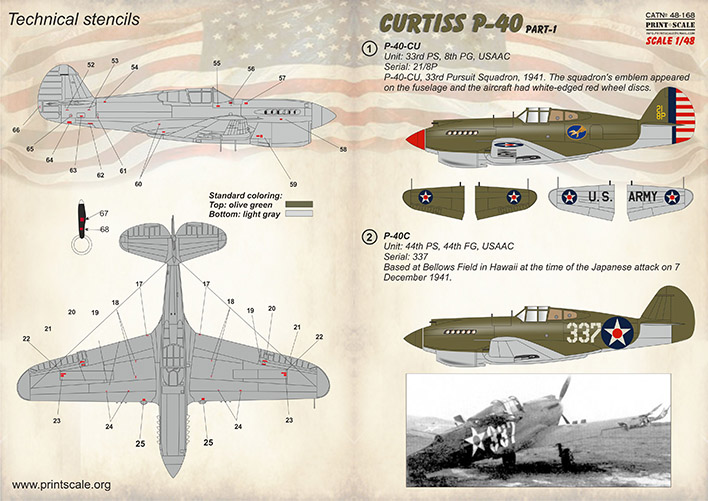 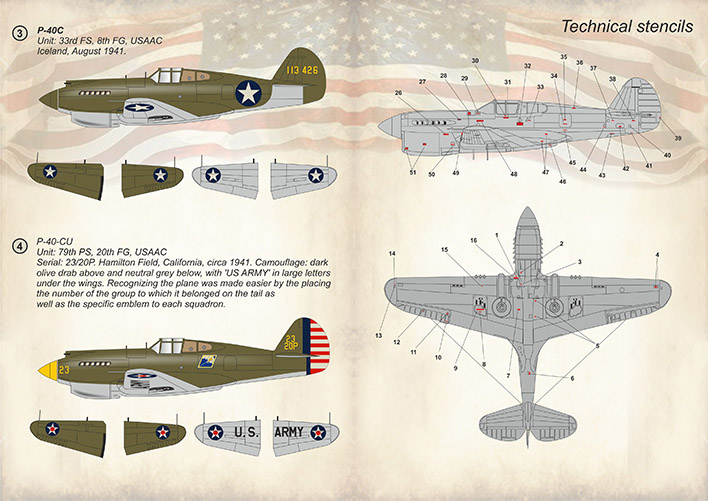 
P-40-CU Unit: 79th PS, 20th FG, USAAC Serial: 23/20P. Hamilton Field, California, circa 1941. Camouflage: dark olive drab above and neutral grey below, with 'US ARMY' in large letters under the wings. Recognizing the plane was made easier by the placing
the number of the group to which it belonged on the tail as well as the specific emblem to each squadron.